I just want to have triplets in Hookpad.

Look at these tabs: http://www.hooktheory.com/theorytab/view/wan-wan/surpass-the-gate-of-the-silver-key

The original source is in swing (8th-8th = 2 triplet 8th-1 triplet 8th), and the Intro and Chorus are the most affected by it.

So, my suggestion is to have a check box next to the note lengths that changes the currently selected note length into triplets, maybe with the shortcut “T”.

Happy New Year to all!

Following up on this very important update since it has been read by 49 people with no response. We are missing out with this feature because of the amount of songs that use triplets and a triplet feel

Sorry for not responding to this sooner. We’ve thought a lot about triplets and are definitely going to include them in the next major release of Hookpad (the one that will be completely Flash free). One issue with simply adding quick and dirty basic support for them is that if you allow arbitrary triplet notes in arbitrary places and start mixing in “normal” notes, it’s very easy to get very strange situations with melody notes starting on (irrational) fractions of a beat that don’t line up well and don’t play nicely with snapping. The result is an usable mess. This is more or less a solved problem in the music composition software world, but this is why we haven’t done it earlier.

It’s 2019. How do I do create a triplet? I can’t easily figure it out, and I’m assuming in the past 3 years something was done.

Flash Hookpad (version 1.8 and TheoryTab) still don’t have this, but with Hookpad 2 you can do this using arbitrary meter changes.

There’s a tab link showcasing this.

Changing the meter to a compound one is merely a tempo hack. It forces the accompaniment tracks to play differently, and you still won’t get triplets in exported scores.

If you write your own MIDI importer, Hookpad 2 also supports arbitrary note / chord lengths, including triplets, and will play them properly: 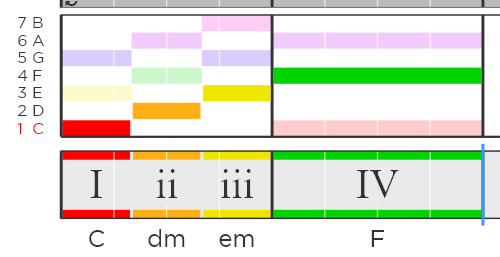 Because there isn’t really editor support for them, if you copy a triplet note and paste it everywhere like in this screenshot, these would all last for 1.33333333333333 beats causing the last note to be 10-14 beat earlier than the measure mark, or if the last note aligns, a rest of the same duration would have to appear somewhere between those notes.

MIDI-based DAWs sidestep around this issue by allowing projects to define the PPQN (pulses per quarter note) value and use different grid resolutions that evenly divide the PPQN. In Hookpad this is 4, or 8 (not 12) if the beat unit is 3. All time points are rounded to the nearest multiple of the shortest duration governed by this PPQN, which Hookpad 2’s own MIDI importer already does. Since the editor now has horizontal-only zooming, it would make sense for Hookpad to support finer time resolutions and support real triplets along the way.

Are real triplets still not available in HookPad? I see a button labeled Triplets but can’t figure out how to use it.

The triplets are a bit limited in their use. They can only be used if and only if:

As a result, it’s pretty limiting.