Sometimes the chord choices contain two chords with the same label. This only seems to happen with longer “add” chords like . I had guessed perhaps there’s another quality to one of the two chords that doesn’t fit on the label, but as you’ll see, they remain ambiguous even after revealing the solution when there’s plenty of room for the chord name.

It makes it ~impossible to not fail these puzzles. I’m really curious how others at higher levels aren’t running into this. It’s been happening for as long as I’ve been at a high enough level to see these chords (several weeks), and I’d lazily been hoping someone else would report it so I could +1.

I use the app primarily on iOS but just reproduced it on Chrome desktop to confirm. 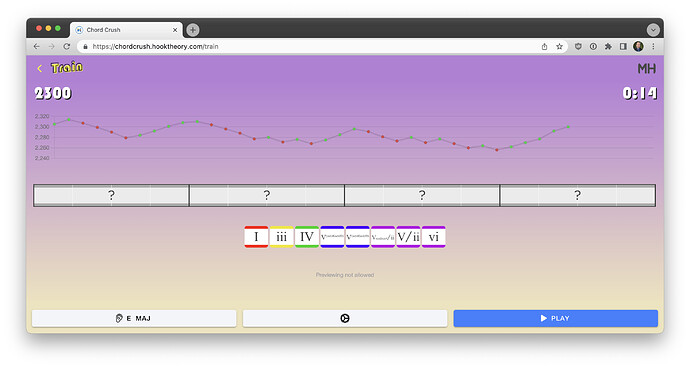 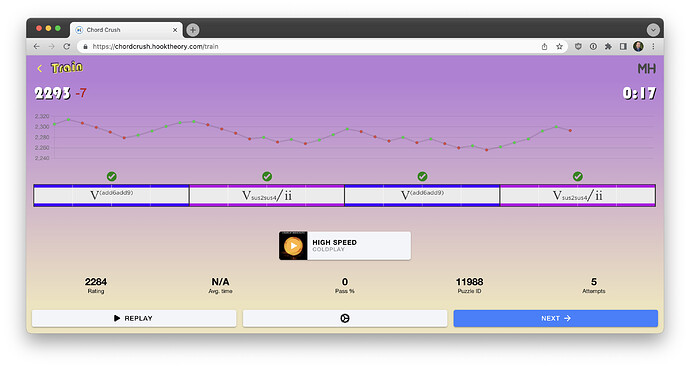 Just wanted to bump this and add a variation on the bug I’ve observed too. Sometimes there might only be one V(add6add9), and it’s rejected as a wrong answer… but when you reveal the solution it indeed shows a V(add6add9) was correct.

Sorry about this, it’s probably a bug associated with the order in which the adds are listed in the chord properties. Thanks for screenshotting the puzzle ID, should be able to get this worked out

Thanks! Let me know if any other info is helpful.